While many Americans may pronounce the 2015 SCOTUS Decision ‘OBERGEFELL ET AL. v. HODGES, (No. 14–556)’ as the law, and must be obeyed immediately, our US history will show many instances of SCOTUS’s ‘wrong’ rulings.


The OBERGEFELL ET AL. v. HODGES decision is certainly one example as another one of these ‘wrong’ SCOTUS verdicts.


Over the years, many Americans have chosen to oppose other earlier and unacceptable SCOTUS ‘Decisions’; based on ‘wrong’ SCOTUS findings:


1.    Scott v. Sandford (1857) (60 U.S. 393) SCOTUS ruled that African Americans, whether enslaved or free, were not citizens of the United States.  African Americans did not have the right to sue in federal court.  SCOTUS ruled that the federal government could not prohibit slavery in the territories.  Later, the 14th Amendment to the Constitution provided that anyone born or naturalized in the United States is a citizen of the nation and of his or her state. https://www.law.cornell.edu/supremecourt/text/60/393

At this point, may I suggest that this must have included ‘legally’ born, and not for those born ‘illegally.  As an analogy, when a criminal robs a bank, it is crime.  It is an ‘illegal’ act.  Just getting away does not allow the robber to keep the money.


2.    ROE v. WADE, (1973) No. 70-18  SCOTUS declared a pregnant woman is entitled to have an Abortion until the end of the first trimester of pregnancy without any interference by the state. https://www.law.cornell.edu/wex/roe_v._wade_1973


One of my first classes in Army’s Basic Training at Ft. Bragg, NC, we were taught and/or reaffirmed was to always uphold our USA, our Constitution, and our American flag. https://www.law.cornell.edu/supremecourt/text/491/397


The incident of Kim Davis being jailed as she refused to honor our Judiciary’s conclusions with the SCOTUS ruling was and is ‘wrong’ as a majority members of SCOTUS have overruled our Constitutional 1st Amendment’s ‘Freedom of Religion’.


It appears a majority of SCOTUS Justices have disregarded our Constitutional ‘freedoms’ as determined by our founding Fathers based on Judeo-Christian values.  Our historical ‘Federalist Papers’ will substantiate these findings as facts. http://thomas.loc.gov/home/histdox/fedpapers.html


In SCOTUS’s majority decision rejecting ‘God’s Law’, our Holy Bible, as addressed by many of our Founding Fathers,  it could well be compared to Rev. Martin Luther King’s decision on ‘Civil Rights’.


Many other instances in US History will disclose that many Americans have been rejected on other Constitutional ‘Rights’; members within (y)our majority and minority communities across the USA.


Today is a sad day for a SCOTUS majority of Justices to disallow our US Constitutional freedoms, including our 1st Amendment’s ‘Freedom of Religion’, and based on Judeo-Christian values to be disallowed as the ‘law’ of (y)our precious nation.
Posted by Oscar Harward at 1:14 PM 0 comments


Registered citizen-voters across the USA elected President Obama in 2008 and re-elected him in 2012.


Registered voters in each of the 50 states elect and/or re-elect the 100 US Senators.  It is part of the US Senators to confirm or reject each Judicial nominee as presented to fulfil the SCOTUS Justice seats as the 9 Supreme Court of the United States (SCOTUS).


“I never imagined a day like this would come, where I would be asked to violate a central teaching of Scripture and of Jesus Himself regarding marriage. To issue a marriage license which conflicts with God's definition of marriage, with my name affixed to the certificate would violate my conscience. It is not a light issue for me. It is a Heaven or Hell decision.” http://www.lc.org/index.cfm?PID=14102&AlertID=1965

Below, see how your US Senators voted for the two President Obama nominees to SCOTUS. 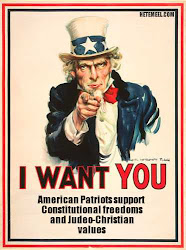 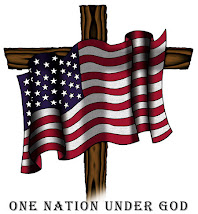 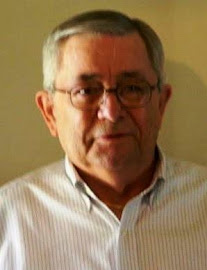